Since the UK left the EU when the transition ended on 1/1/21 the rules for applying for residency to live long-term in Spain changed. British citizens are now treated in the same way as Americans, Canadians and Australians (i.e. with third-country status) who want to spend more than 90 days in 180 in Spain. The application is made via one of the three Spanish Consulates in the UK, located in London, Manchester and Edinburgh. You are advised to apply to the consulate nearest to where you live.

One of the important changes to know is that applications for Spanish residency now begin before you come to Spain, in the UK with an application for one of the long stay visas that are available.

While the rules on residency have altered British citizens still have the same rights to buy property in Spain as they have always enjoyed.

Email us your visa and residency queries

What are the different types of long stay visas?

LATEST NEWS: Are you worried that you don’t have enough income to get the non lucrative visa? We have some information that might help you…

Principal applicants are expected to prove an income of around £2,000 per month; with another £500 for any spouse or dependent. You might worry that your income will not meet this through your pension for example. But the good news is that the Spanish Consulates can be receptive about seeing other forms of income or potential sources of funds. Learn more…

Visitors from the UK may enter any European Union country without a visa for stays of no more than 90 days in any 180 days. But the 90-day rule means that the amount of time British people can spend in the Schengen area is limited. So if you spend 85 days on the Costa Blanca you will not be able to enjoy a week in France within the same 180 day period. There are online calculators to help work out how many days you have used and how many are left.

This visa is designed with people who want to live but not work in Spain and will be the most popular choice for retirees. At the time of writing (October 2021 these visas are taking about three months to process). Once you have paid for and collected your visa from the Consulate you are required to travel to Spain within a month. Then within a month after arrival you arrange to attend a meeting at the immigration office or police station to exchange your visa for a 12 month temporary TIE (residency) card. After 12 months there is a process to re-apply for a further 2 years, and two years after that until permanent residence is granted after fiche years. After 10 years the option of Spanish Citizenship becomes possible. 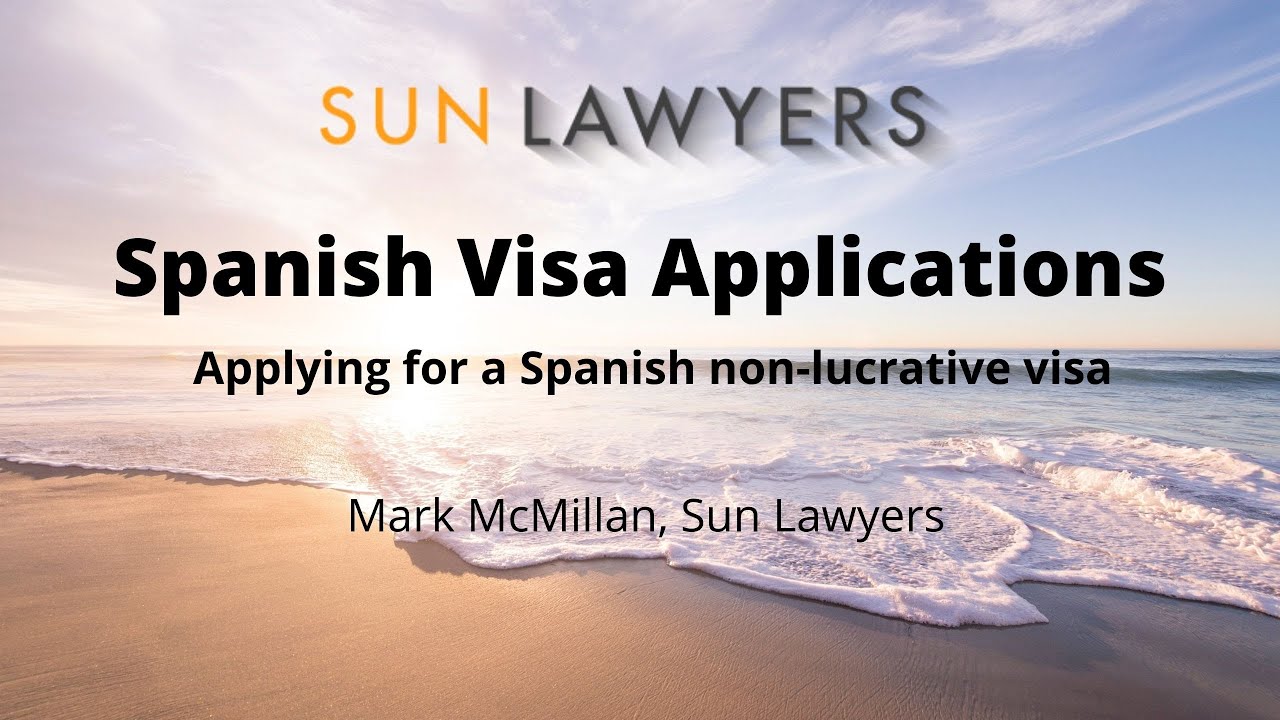 Click to watch our explainer video about non-lucrative visas

Case Study – Application for a NLV

Read how we helped a family to apply for a long-stay non lucrative so they could start their new life in Javea on the Northern Costa Blanca.

The Spanish Golden Visa scheme offers British citizens a path to residency in Spain. The most common method is through an investment of €500,000 made through one or a number of property purchases totaling at least this amount. Spanish residency also conveys visa free access to the Schengen zone. We can provide all of the advice and support to help people through the Golden Visa Spain application process.

READ MORE: How to apply for a Spanish Golden Visa

This June the Spanish government is expected to release details of its digital nomad visa. This is a visa for someone who lives a nomadic lifestyle and uses technology to work remotely from outside their home country. The Visa gives someone the legal right to work remotely while residing away from their country of permanent residence.

Over 40 countries across the world offer such visa opportunities and Spain will soon be added to the list. Here is what we know about the visa so far.

A UK citizen has two paths to Spanish residency;

This is a common question, especially when a UK citizen is married to an Irish person with an EU passport. In these circumstances (and assuming the EU applicant has been granted Spanish residency already,) the bar is set far lower for the UK applicant than if they were applying themselves as a non-EU citizen.

We can provide support with the application of other long-terms visas including:

Article from A Place in the Sun

In January 2022, A Place in the Sun wrote that in the months leading up to Christmas some clarity was emerging regarding non-lucrative visa applications. Lawyers reported more consistency in assessing and applicants realising a visa support service could save considerable time and increase the likelihood of a successful outcome. Article: Getting a Visa: Good Tidings and Great Tips

Living in Spain. Official information for UK nationals moving to or living in Spain, including guidance on residency, healthcare, passports and the Withdrawal Agreement.